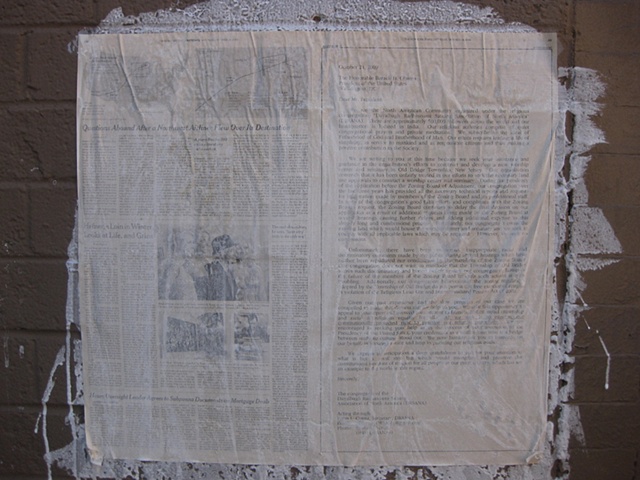 We are the North American Community organized under the religious congregation, “Dayaalbagh Radhasoami Satsang Association of North America” (DRSANA). There are approximately 500,000 followers across the world and our headquarters is located in India. Our religious activities comprise of quiet congregational prayers and private meditation. We subscribe to the ideal of Fatherhood of God and Brotherhood of Man. Our ethics requires leading a life of simplicity, in service to mankind and as responsible citizens and thus making a positive contribution to the Society. We are writing to you at this time because we seek your assistance and guidance in the organization’s efforts to construct and develop a new worship center and seminary in Old Bridge Township, New Jersey. Our organization contends that it has been unfairly treated in our efforts to seek the necessary land use approvals to construct a worship center and seminary. During the pendency of the application before the Zoning Board of Adjustment, our congregation over the last three years has provided all the necessary technical reports and requests for information made by members of the Zoning Board and its professional staff. In spite of the congregation’s good faith efforts and compliance with the Zoning Board’s request, the Zoning Board continues to delay the final decision on our application as a result of additional requests being made by the Zoning Board at several hearings causing further delays and adding additional expenses to this already long and cumbersome process. Fortunately, our congregation owns the existing land which would house the worship center and seminary and we seek to comply with all applicable laws which may be required. However, we seek no concessions.

Unfortunately, there have been numerous, inappropriate racial and discriminatory comments made by the public during several hearings which have neither been repudiated nor condemned by the members of the Zoning Board. Our congregation does not want to conclude that the Township of Old Bridge shares such discriminatory and biased beliefs against our congregation; however, the failure of the members of the Zoning Board to curb such actions is quite troubling. Additionally, our congregation believes that the zoning regulations adopted by the Township of Old Bridge do not permit the free exercise of religion in violation of the Religious Land Use and Institutional Persons Act of 2000.

Given our past experience and the slow progress of our case we are compelled to make this distress call for help to you. We take this opportunity to appeal to your open and avowed commitment to fairness, justice, equal citizenship and racial & religious equality for all. All we seek is to exercise our constitutionally protected right to practice our religion peacefully. We are encouraged in seeking your help as in the process of your ascension to the Presidency of the United States, your credentials as a unifier, one who is a bridge between multiple cultures stood out. We now humbly ask you to intercede on our behalf, in securing justice and help in pursing our religious goals.

We express in anticipation a deep gratefulness to you for your attention to what is but a small step but which would strengthen and preserve the constitutional freedom of religion for all people in our great country, which has set an example to the world in this regard.